The earliest documented references to palm reading are from the Vedic Period in India. As a result meditation and mantras are the most common forms of remediation in traditional palmistry. In palmistry the idea is that are hands show outside influences on us and how we react to them. In traditional palmistry, set in the Vedic Period, the outer influences were deities and planets. Remember, remediation is how we fix the problems we find in the hands by asking for help or mercy from the cause of the problem. So following a detailed hand analysis, traditional forms of remediation involve petitioning the gods and/or the planets through meditation, mantras and prayer.

Traditionally eight visible planets are reflected in the hands via the mounts, lines, and the symbols or signs we find. Those planets are Saturn, Jupiter, Mars, the Sun, Venus, Mercury and the Moon and these represent the energies that we petition for assistance. We ask the planets or the associated deities for assistance by meditating and reciting specific mantras or prayers. And if we do so with conviction we can take the edge off of the problems affecting us.

Below I will give a simple mantra for each planet plus the best day and time to petition each of them. The mantras are based on their origins in the Vedic period and therefor use the Sanskrit name for each planet. There are other prayers, however, that can be used depending on your beliefs and practices, including the Orphic Hymn for each planet. The Orphic Hymns date from the Hellenistic Period and are hymns to the gods represented by each planet but due to their length I won’t include them here. I will however include them in a follow-up post.

The use of mantras or prayer as prayer as propitiation to appease or atone to the cosmic forces is the safest practice in remediation. The reason being is that you are simply asking or petitioning for favor or forgiveness, and are unlikely to experience any negative side effects that you may when working with gems and crystals, for example.

How to Use the Mantra or Prayer

Traditionally mantras are recited 108 times and use a mala to keep count. The Orphic Hymn, however, can be recited once if you prefer to work with those in your practice. Both the mantra and the hymn can be included as part of a dedicated ritual involving the lighting of candles and incense and wearing certain colors (also listed with each planet). An altar can be made by using a cloth and candles of the prescribed color (or white), and you can use incense and imagery associated with the planets as well. While it can be as simple or complicated as you like, remember that the most important part is the intention behind your actions; the intention of honoring the cosmos and seeking favor or forgiveness.

To use the information that follows in actual practice, I would recommend first scheduling a consult to have an in-depth reading done, and that recommendation applies across the board before attempting any of the remedial measures, and then proceeding. I would suggest using a piece of fabric of paper in the color listed for the planet as the altar setting, along with at least one candle or the same color (or white if one isn’t available). Then, during the first hour of sunrise on the planetary day, either recite the listed mantra, the associated Orphic Hymn, or a personalized prayer to the appropriate planet or deity. (Remember, for the sake of brevity I have only shared the Vedic mantras in this post, but intend to share the Orphic Hymns at a later time.) 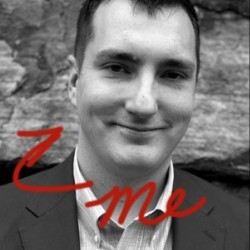 Certified Hand Analyst (IIHA) with over 10 years of experience. I get excited about helping people change their lives for the better through palmistry!

This site uses Akismet to reduce spam. Learn how your comment data is processed.